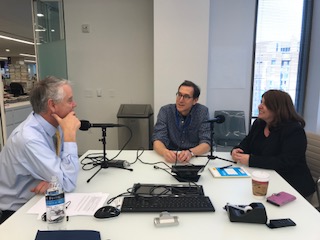 President Trump came into office one year ago promising to “Make America Great Again” by turning upside down the policies of his predecessors, including those involving energy and the environment. Some would say he’s been as effective in leaving his mark in these areas as anywhere else. To take stock of the Trump administration effect on energy and environmental policies, I turned to two of the leading journalists covering the topic in Washington: Lisa Friedman of the New York Times and Steve Mufson of the Washington Post. Listen here to this edition of the Columbia Energy Exchange, and let me know what you think! 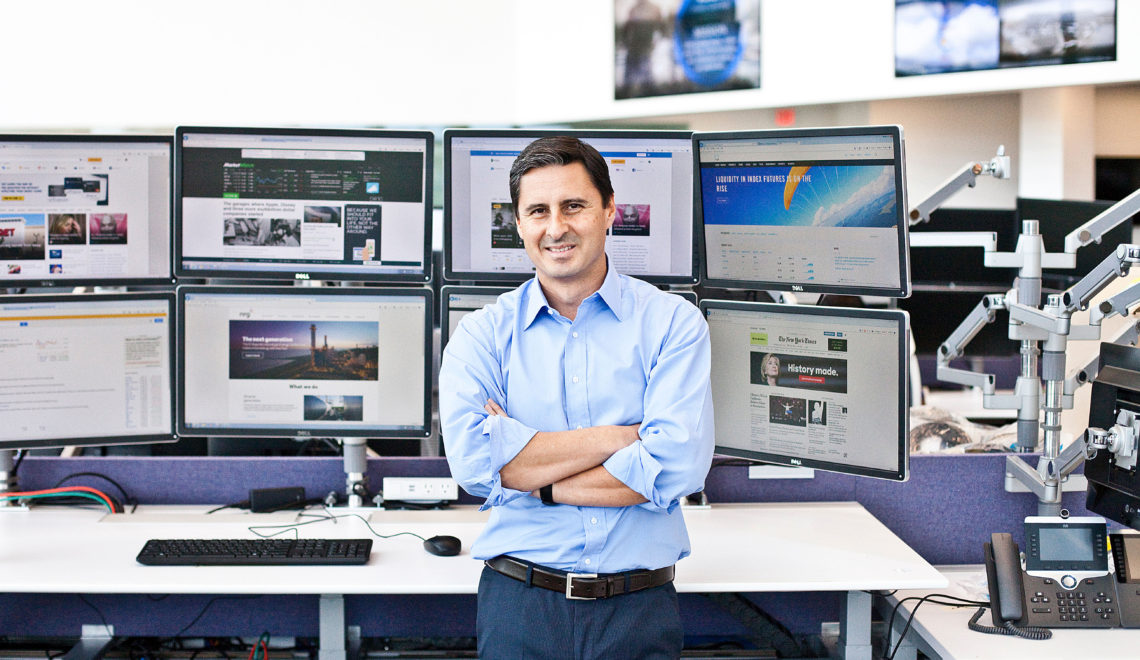 My first Columbia Energy Exchange podcast of 2018 with one of the new leaders in the U.S. electric power industry. This comes as the Federal Energy Regulatory Commission prepares to respond to a Trump administration plan to aid old coal and nuclear plants, and the U.S. power sector faces even more disruption. Mauricio Gutierrez, the CEO of NRG Energy, responds frankly to these developments. I enjoyed the conversation! Listen here.

America’s energy fortunes have certainly changed over the past dozen years or so. Just that recently, the nation’s ability to satisfy its oil and natural gas appetite at home was uncertain, and reliance on foreign supplies seemed likely to increase. How times have changed! Today, the U.S. is once again a world leader in oil and gas production, even exporting oil for the first time in decades and gas for the first time ever. This turnabout has happened as solar, wind and other forms of renewable energy gain ground in the U.S., as their costs decline. And combined with gas, they are forcing old coal and nuclear power plants to go out of business. What have we learned from this shift in energy fortunes? And has U.S. energy policy kept pace with the changes? In a new Columbia Energy Exchange… 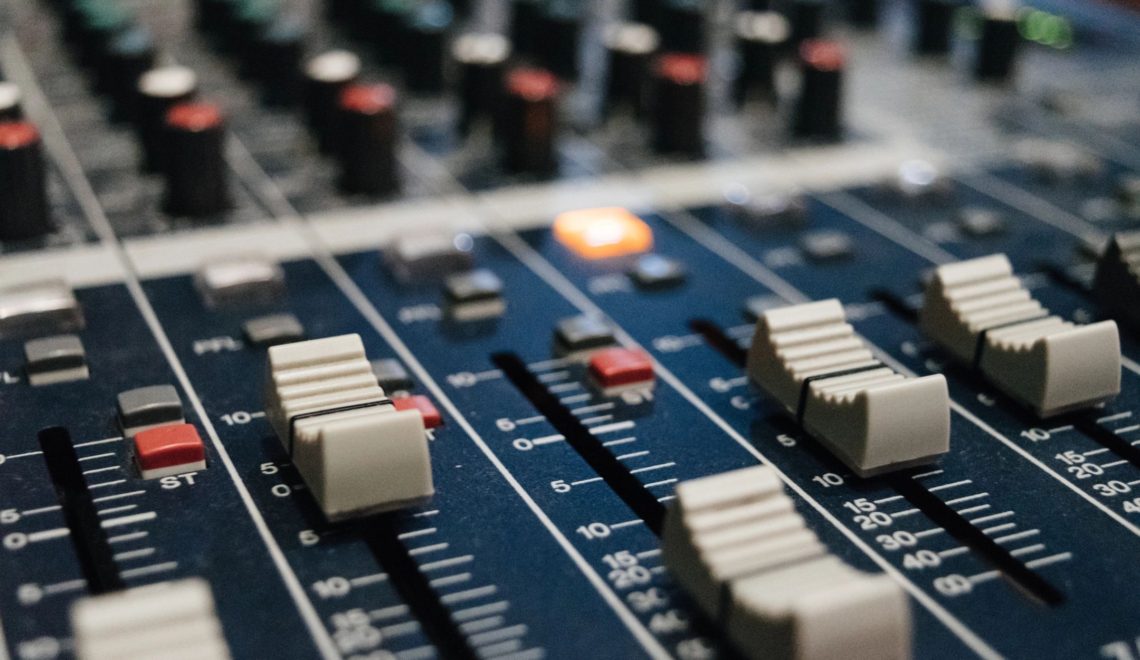 Few people in public service can tote up the career resume of Bill Richardson, especially when it comes to energy policy. So, I thought it just made sense to invite him on the Columbia Energy Exchange podcast to discuss what he thinks of the Trump administration and its approach to energy policy. Richardson’s 40 years of experience include stints as a member of the House of Representatives from New Mexico, U.S. ambassador to the U.N. and energy secretary during the Clinton administration, and governor of New Mexico. He’s also been a Democratic candidate for president and the negotiator of difficult talks with North Korea, Cuba, Iraq and Sudan that resulted in the release of hostages and American servicemen. Oh, and need I mention his four nominations for the Nobel Peace Prize and his three books, including one called “How to… 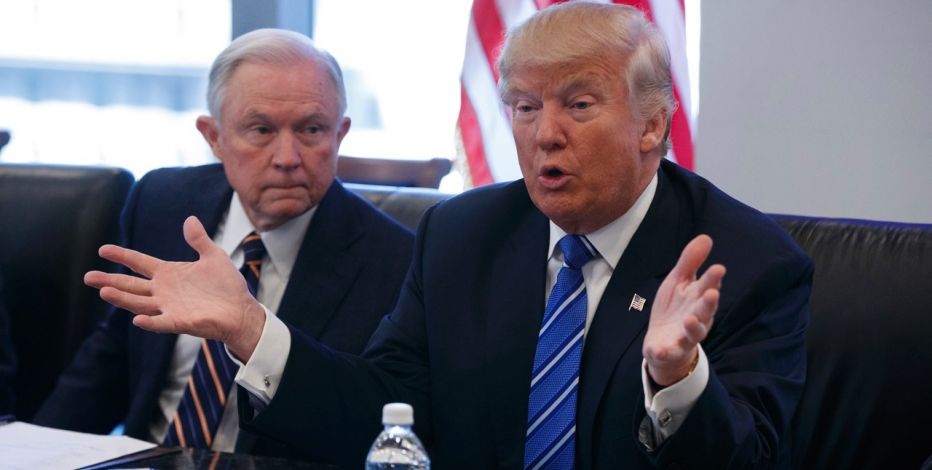 Look to places like Mars (the company) for greenhouse-gas reform

Just where Donald Trump stands on climate change seems more uncertain than ever now that he’s acknowledged to The New York Times that he sees “some connectivity” between human activity and increasing global temperatures. Trump’s remarks last week followed his disregard of climate change during his election campaign, including his pledge to pull the U.S. out of a 2015 agreement with nearly 200 other nations to keep temperatures from rising to catastrophic levels. (Read More) 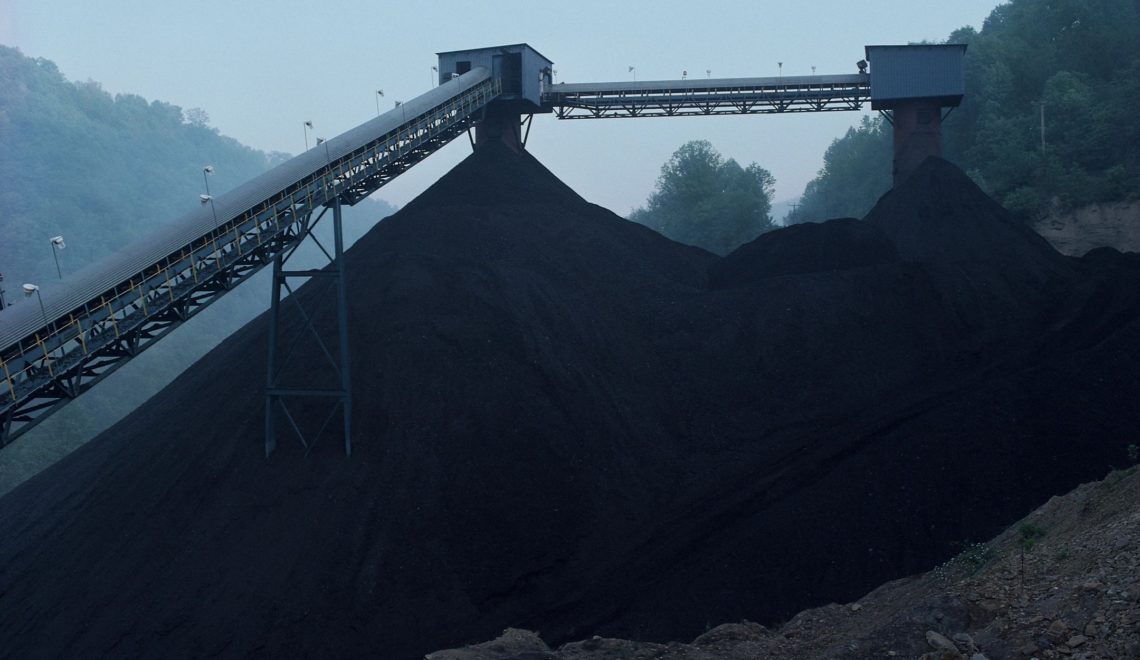 Coal’s decline may continue even under Trump

During his campaign for the White House, President-elect Donald Trump promised to eliminate regulations that target coal-fired power plants, one of the primary causes of carbon emissions responsible for climate change. For Trump, a climate-change skeptic, getting rid of the Obama administration’s Clean Power Plan, which would curb carbon emissions from power plants by 32% by 2030, would give a boost to the declining U.S. coal industry and its decimated workforce across Appalachia. Even if the next president were to succeed, he would probably not reverse a years-long movement away from coal in the U.S. electric power industry, the biggest consumer of the black rock, according to the head of one of the nation’s leading electric utilities. (Read more) 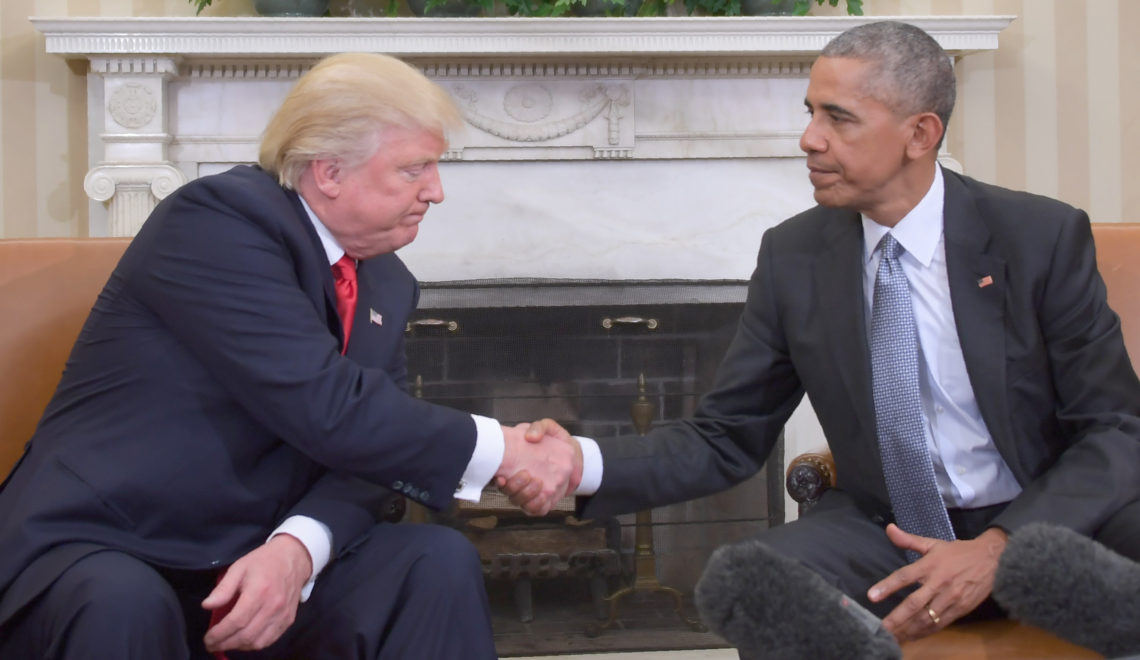 The election of Donald Trump as president raises the  hopes of oil and natural gas producers, thanks to his full-throated support for the removal of regulations that many say hamper the industry. Only time will tell if the Republican’s policies will provide much more of a boost to U.S. oil and gas, which has rallied in recent years thanks to technologies that enable production from previously untapped shale reserves. Moreover, it’s price, not government regulation, that really determines the extent of oil and gas exploration and production, as Thomas Watters, a managing director with S&P Global Ratings, observed the other day. (Read more) 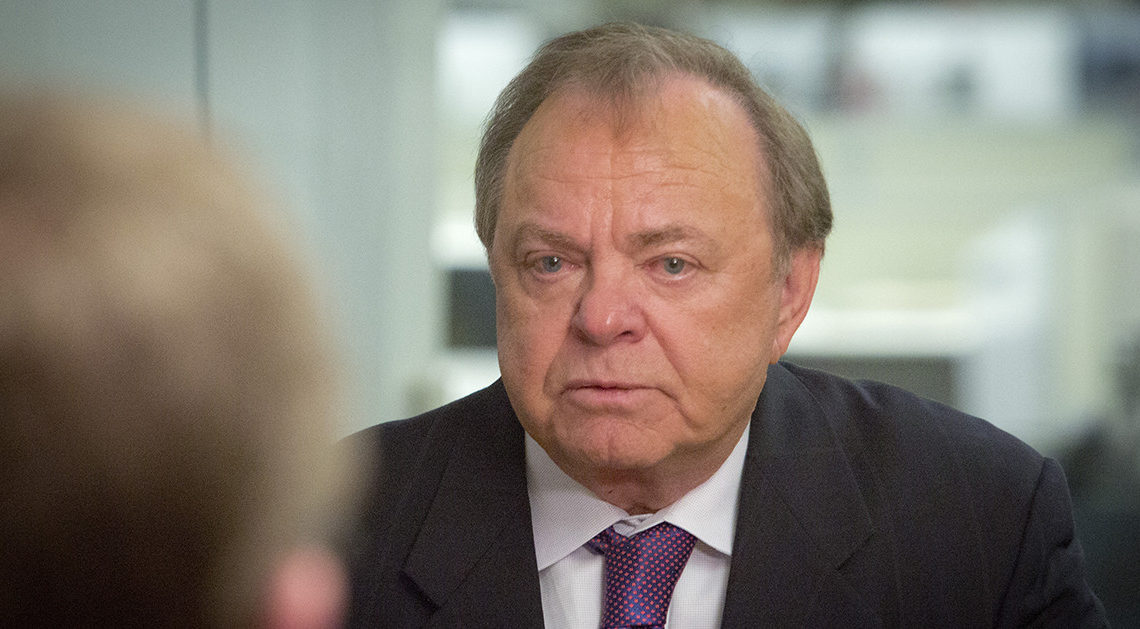 The man that Donald Trump calls the “king of energy” in the U.S. predicts quick action by the next president to roll back Obama administration policies opposed by the oil and natural gas industry. “There are so many of them. You just scrap them,” Harold Hamm, the billionaire CEO of Continental Resources, said Wednesday, hours after Trump’s surprising win over Democrat Hillary Clinton. (Read more) 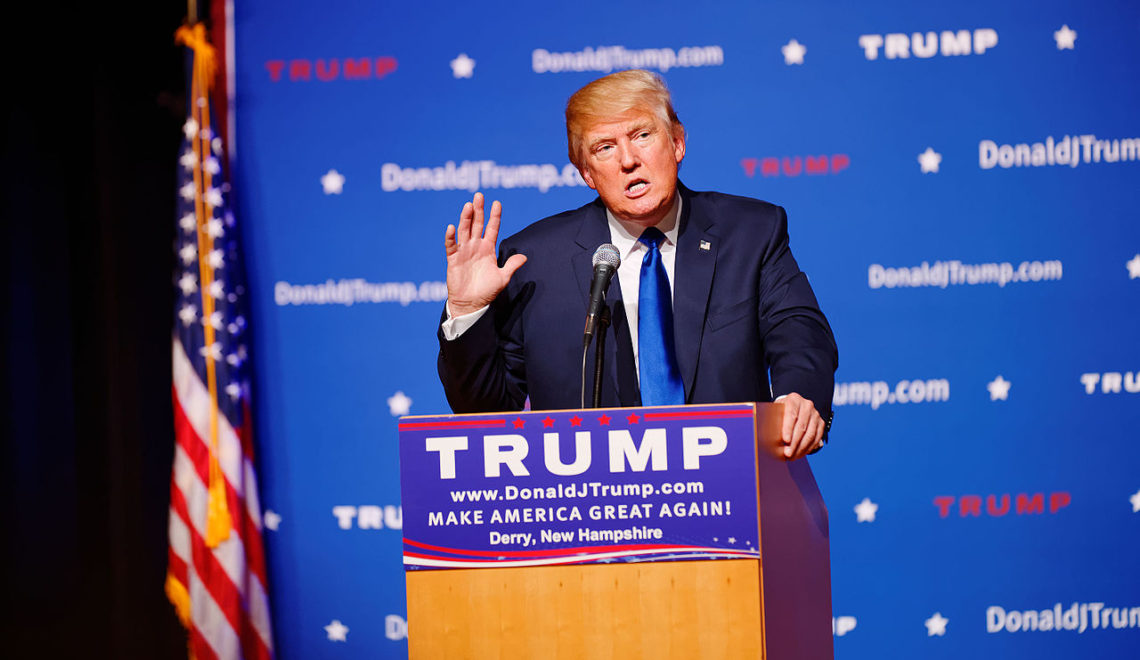 As is the case with most of his policy stands, Donald Trump has spoken only generally about how he thinks Washington should treat energy production in the U.S., expressing strong support for the oil, natural gas and coal industries, and promising to cut funding for what he sees as excessive regulation. But this week in North Dakota, the presumptive Republican nominee for president may reveal more about his views on promoting domestic energy, and perhaps take another shot at Saudi Arabia, the leader of the Organization of the Petroleum Exporting Countries (OPEC). (Read more)