Hurricane Maria was one of the most devastating storms to ever hit the United States, leaving a path of death and destruction across Puerto Rico last September. The electric grid faced extensive damage that put virtually the entire population without power for weeks and months.

On this edition of the Columbia Energy Exchange podcast, host Bill Loveless talks to Carlos Torres, a former official with Consolidated Edison in New York, and the man assigned by the Governor of Puerto Rico with the difficult task of coordinating the restoration of electricity for the island. Carlos spent more than 30 years at Con Ed managing emergency management and storm restoration efforts, including overseeing the utility’s response to major storms like Super Storm Sandy and Hurricane Irene, and emergencies like the September 11 attack at the World Trade Center and the 2003 Northeast Blackout.

But putting the lights back on in Puerto Rico was the most challenging mission of his career, Carlos says. In fact, he told a congressional committee that the damage caused by Hurricane Maria on the island was unlike anything he and others in the industry had ever seen on the U.S mainland.

Bill and Carlos met recently in Washington, D.C. at the Edison Electric Institute, the trade association for investor-owned utilities in the United States where Carlos has worked as a consultant since October. With electricity now nearly restored in Puerto Rico after a year, Carlos talks about the difficulties of achieving that goal, and lessons learned regarding making electric grids resilient to Mother Nature in Puerto Rico and other parts of the United States. He and Bill also touched on the role public policy plays in promoting such resilience, especially now as we find ourselves in the midst of another hurricane season. 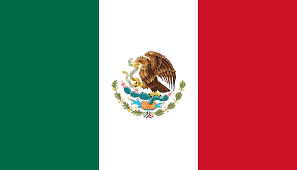